My Miracle Baby is reader-supported. As an Amazon Associate, we earn from qualifying purchases.

How To Fold A Cloth Diaper Without Pins In Different Ways

Have you used cloth diapers for your baby, but found yourself overwhelmed thinking about how to fold them? A cloth diaper may come flat or prefold, and they are way better than disposables. You may be using cloth diapers because you like the traditional method of diapering. Plus, they can save you money, and they are suitable for the baby's delicate skin. However, cloth diapers are known to be complicated and require pins to fold. Wrong! They can still be folded without using a single pin. Read on to know how to fold a cloth diaper without pins.

Why Choose Cloth Diapers for Your Baby?

Cloth diapers have chemicals such as chlorine, perfumes, or polyacrylate, a chemical used for absorbency. Chlorine and other chemicals change the pH balance on your infant's skin, causing dryness and skin irritation. You may have more laundry to do, but you may find the benefits outweigh the extra work.

When using cloth diapers, your infant will feel the wet sensation against their skin and become more aware of it when they pee. On the other hand, disposable diapers wick away the wetness, keeping the infant unaware that it is wearing wet diapers for extended periods.

Once you buy cloth diapers, you have them for life, and there's no need to be continually buying disposables. The first investment in cloth diapers may be expensive, but they are worth it as your baby grows.

Disposables are not environmental-friendly. Yes, you contribute to the earth's preservation by using cloth diapers.

If the grocery is closed, you always have a diaper. You can have more diapers in stock or have them washed after every use.

Flat and prefold diapers are the least costly choice in cloth diapers. They are made from birdseye or gauzy fabrics. Some are made from plush woven fabric or bamboo and organic materials. They absorb very well, are easy to clean, and quick to dry as well. Flat and prefold diapers are widely used because of its economic benefits. These diapers are typically closed with either a Snappi or pins. However, another option is to lay them in a wrap style cover and forgo using pins for closure. You got a valuable idea if you know how to fold a cloth diaper without pins.

How to Fold Flat and Prefold Cloth Diapers Without Pins

The methods for folding flat and prefold diapers are almost the same. Both can also be folded without using a pin. Here are the creative and quick ways on how to fold a cloth diaper without pins:

Lay the diaper on the changing surface first, fold just the front half into thirds, and leave the back half. Then, you fold the front part of your baby. Next, wrap the wings around your baby's sides, so they touch the front. Attach the wings to the front and put the cover on top of the diaper using a Snappi.

To do this, lay the diaper flat and roll the edges inward toward the diaper's front. Next is fold the front part up onto your baby and wrap them back around your baby's waist. Finally, attach it with a Snappi.

In doing this, start with the diaper lying flat on your changing area. Fold one portion over at the seam, into the center of the diaper. You can finally fold the other side on top of the first.

As you lay your diaper flat, twist the middle at a 180-degree angle. Pull up the front, and tuck the front corners behind your baby before wrapping the back curves around the front of your baby's waist. Close the ends with a Snappi once done.

With this fold type, start by laying the diaper flat on your changing area and folding the front portion up a quarter of the way. Fold the front section lengthways into thirds, then leave the back flat to form the wings. Then, place it on your baby folding the front part up, wrap the sides around your baby's waist, and attach it all with a Snappi.

Start with laying flat the diaper flat on your changing table. Concerning the size of your diaper, this maybe four to five inches. Fold the bottom two corners into the diaper center, so they touch in the middle. You also need to fold the diaper's middle point into the center. Next, take the top left of your diaper, that was previously unfolded, and wrap it towards the center. Do the same on the right side. Once done, fold the two overhanging top corners down into the diaper folds. Gently place your baby on top and fold the bottom part up on your baby. Finally, wrap the wings around your baby's waist to hold the diaper closed.

The triangle fold is a straightforward fold for beginners. First, lay your diaper out. Then fold the diaper in half to form a triangle shape, but make sure that the point is facing you. Next, gently lay your baby on the diaper; the point is between baby's legs, then you must fold the point up. You need to fold the diaper's back down to fit the length of your baby. Finally, wrap the wings around your baby's waist and secure the diaper shut. Get more tips on cloth diapers.

Folding cloth diapers can seem intimidating at first, but it doesn’t have to be. Some moms even find trying new diaper folds to be exciting and fun. With some patience and practice, you will be a diaper-folding expert in no time. Hopefully, you have learned how to fold a cloth diaper without pins.

How To Pin A Cloth Diaper? – A Mom’s Vital Guide

Give peas a chance. The first journey into green veggies for many children is peas, thanks to their pleasant taste.

END_OF_DOCUMENT_TOKEN_TO_BE_REPLACED

What Is A Prefold Cloth Diaper – How To Use It

Due to some creative minds’ innovation, even cloth diapers are modernized to last long or be more o fast absorbent, but have you ever wondered what a prefold cloth diaper is?

END_OF_DOCUMENT_TOKEN_TO_BE_REPLACED

How Often To Change A Cloth Diaper For Your Baby

One of the most challenging situations parents have to face every day is changing diapers. Cleaning would be a daily task for them, and it is costly.

END_OF_DOCUMENT_TOKEN_TO_BE_REPLACED 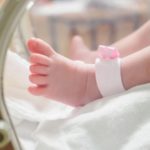 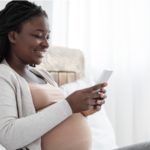 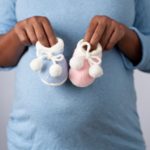 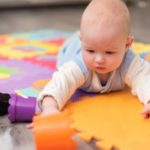 You can send us a note too.

My Miracle Baby is reader-supported. As an Amazon Associate, we earn from qualifying purchases.